A 6-year Slide to the Brink of Oblivion

Hello, My name is Jim Ring and I want to express my concern over the drug epidemic worldwide. I feel a sense of responsibility in all this. Let me explain.

I was 16 years old in 1968 and going to an upper-class high school in an upper-class neighborhood of St. Louis, Missouri. Sitting in math class the fellow in front of me asked if I wanted to buy some LSD. After the positive press on LSD from Time magazine earlier that year, I said ok.

I took it and felt euphoric and full of energy. At that point, I decided “What is so bad about this?”

Of course, I immediately gave my brother some, starting the chain of contagion of drug taking.

My girlfriend and I then tried pot and again, felt good and could see nothing wrong with it.

I went along for the next year trying more and more drugs, particularly amphetamine, which I loved.

I had always been taking it in pills until one afternoon in fall 1969. It was after school and I was walking home with a friend. I told him I’d been taking lots of speed and had a really bad headache. He took a syringe out of his backpack and injected me with pure Methamphetamine he was getting from his Dad’s safe at a Federal Drug research lab.

This was immediate salvation, I thought, and the start of a 6-year slide to the brink of Oblivion.

More stories to come, but for now, find out what amphetamines really are and do to you.

PS: The fellow who gave me the drug is long since dead.

I am a 65 year old retired electrical contractor and business consultant. I live in Clearwater, Fl with my wife Vicki and our cat Leelee. I have dedicated the last 45 years to helping others to avoid the pitfalls I suffered. I have 2 adult children who were by the grace of God, smart enough to skip the cycle of addiction.

This is my second article about my personal experiences with street drugs during the late 1960’s and into the mid 1970’s and how they nearly destroyed my life. I became immediately addicted to methamphetamine after my first injection in 1968. 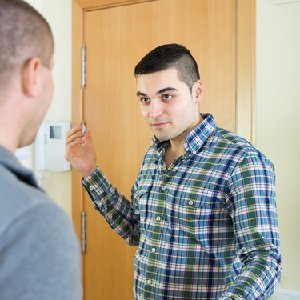