This is my second article about my personal experiences with street drugs during the late 1960s and into the mid-1970s and how they nearly destroyed my life.

I became immediately addicted to methamphetamine after my first injection in 1968. I felt like I had found the answer to all my problems.

I was in high school and while walking to school every morning, I would stop by my friend’s house and get a shot. From there, I often went to school and tried to study. Prior to the drugs, I had been a 4.0 student but I rapidly lost the ability to think clearly and went through wild moods swings. I remember one morning in typing class just breaking down in inconsolable tears. The typing teacher had no idea what was wrong. I was completely at the mercy of the biochemical substances in my blood… ”the Devil in my veins.”

The rest of my time was spent searching for speed. It was an endless job—as there was a not a lot of it around back then. However, I had another friend who had access to hospital drugs, and I would get ounces of liquid pharmaceutical cocaine or pharmaceutical grade meth. I was hopelessly addicted and nearing some major crossroads—as in a near-fatal overdose and a Federal drug arrest. These will be in my next articles.

My twin brother has complained to me bitterly that he never tried the drugs I did and that I should have shared them more. To this day, despite being witness to all the heartbreak and disaster, he still feels like he missed out. It is this misconception that I am trying to convey in these articles. There is nothing glamorous nor rewarding about having one’s life ruled by a chemical substance.

I am a 65 year old retired electrical contractor and business consultant. I live in Clearwater, Fl with my wife Vicki and our cat Leelee. I have dedicated the last 45 years to helping others to avoid the pitfalls I suffered. I have 2 adult children who were by the grace of God, smart enough to skip the cycle of addiction.

A 6-year Slide to the Brink of Oblivion

Hello, My name is Jim Ring and I want to express my concern over the drug epidemic world wide. I feel a sense of responsibility in all this. Let me explain. 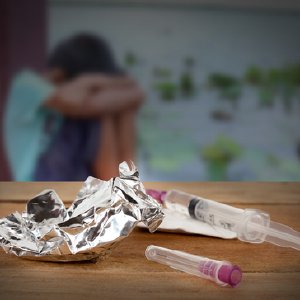