My Personality is Back

As a kid, I was particularly talented in at least one area of my life. This special talent gave me confidence that my life would be awesome, in some way or other.

I hadn’t figured out how that would be, but I had that reality. Well, of course, life isn’t all smooth and I had my losses along the way. My teenage years brought uncertainties, doubts, and experiments with what was out there.

Drinking was the “in thing” for young teenagers to do. I was a bit leery about this because I knew it could lead to becoming an alcoholic, but I saw that people were doing lots of drinking and they didn’t seem to need to do it all the time, so I bailed in—I did a lot of drinking.

Then pot made its way to our corner of Canada. With pot, I was told there were absolutely no drawbacks. It would be fun, and it didn’t harm you in the least. Again I bailed in. Then next to make the scene was LSD. I tried LSD just because it was the only thing other than school to do on a 40-below zero Friday afternoon.

This was a horrifying experience for me. In my hallucinatory state I injured myself, and from that point onward, for about 12 hours, all I did was try to hold onto reality. It was a bad one. With alcohol, I was fortunate that I never developed a need to drink and was always able to just quit whenever I thought I was drinking too much or too often. It didn’t become an addiction for me—nor did pot. But I did begin to get paranoid whenever I smoked pot or hashish.

Well, the LSD and the pot messed me up quite a bit. I could tell that I was changed—this too was horrible, because I was not able to get my old, certain, happy self back. Before I started taking drugs I had a near perfect memory—not necessarily for what they taught me in school—but for anything that was interesting to me. I could tell you exactly what everyone had said during a conversation and so forth. Drugs took that from me, too.

Well, I did gain my way back from all of that. My memory is awesome once again. My personality is back : )

All this was only possible through the technology of Narconon. It really works. There was work involved, but it was the most rewarding work I could have done—the reward being regaining my life back. Truly awesome.

I had big dreams as a kid. In cleaning up my life after drugs, I realized that I only did drugs because I was told they had no lasting effects. I support Narconon because they save people’s dreams! yay!

Learning the Tools to Stay Sober

Being up one day and down the next can swiftly turn into a downward spiral that leads to rock bottom. On this course, learn the factors that cause someone to “roller coaster,” emotionally and physically. This is what Sabrina has to say upon completion of the Life Skills course Overcoming Ups & Downs in Life… 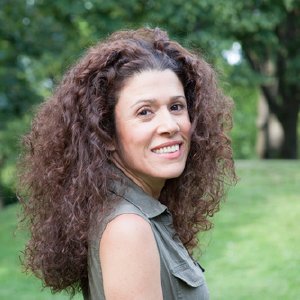