Texas Struggles with Addiction to Pills, Heroin and Fentanyl

When you see national headlines about addiction and overdoses, they usually focus on the Northeast or Midwest. But a resident of Texas—especially South Texas—would argue that their region needs much more attention and care.

Over the last decade, the profile of opioid users has shifted from inner-city minorities to suburban and rural users who are mostly white (with Hispanics and blacks also seeing increases). With its largely white and Hispanic population, and huge suburbs and rural regions, Texas is a prime target for distributors of illicit opioids, including fentanyl.

Anyone tracking trends in drug abuse has seen the migration from doctor-prescribed pills to drug-dealer-supplied pills to heroin and finally to fentanyl and other drugs that are chemically similar. Across the border and internationally, drug traffickers have shifted away from plant-based substances like marijuana and heroin, trafficking more synthetics like fentanyl.

Fentanyl is being produced in large quantities in China and being shipped directly to the U.S. or to Mexico to traffickers who will bring it into the U.S. and distribute it on their previously established channels. Illicitly-manufactured fentanyl powder was first seen on the Texas market in early 2016.

One way it is trafficked is by acquiring a pill press and turning out pills made from fentanyl, coloring and filler. In June 2017, such an operation was dismantled in San Antonio. Eight people were pressing pills made to look like OxyContin. A person who is accustomed to the potency of OxyContin could easily get a powerful dose of fentanyl—dozens of times stronger—and suffer an overdose.

But heroin is also making its way across the border in volume. According to Jane Maxwell of the University of Texas, by far the greatest growth in drug poisoning deaths can be attributed to heroin. After 2010, heroin deaths in the U.S. climbed steeply. That was the year that OxyContin was reformulated to make it resistant to abuse and many people began to switch to heroin. Within Texas, heroin deaths made a similar climb after 2010, but not as steep. The single opioid that sees the biggest abuse in this state is hydrocodone—often sold as Vicodin or Lortab.

Solutions Needed for Texans in Trouble

For Texans, as for every person struggling with addiction, there needs to be a road back to sobriety and health. Many Texas rehabs offer programs with a pharmaceutical focus—a person in recovery may be prescribed Suboxone, buprenorphine, anti-anxiety medications, antidepressants, sedatives or many other types of drugs. The Narconon drug rehab program located in Harlingen, Texas, does not use replacement drugs.

Here, the emphasis is on real rehabilitation, on building up each person’s life skills so they can recover from trauma in their past and face life’s challenges competently. The program itself does not require any medications for a successful recovery. Of course, if a client needed a prescription for a medical condition, he (or she) would continue that medication on the advice of their doctor. And a few people may need the assistance of medical detoxification before arrival.

At Narconon, each graduate receives a certificate of completion and returns home when he has regained the ability to enjoy a productive life each day, relying on his own awareness and skills. That’s why the Narconon program has no set time limit. At the end of a typical 30 day program, some people are simply not ready to stay sober in the face of life’s upsets and setbacks. The Narconon program typically requires between two and three months but then a person has a fresh new viewpoint and has learned much about himself and life.

Recovering Responsibility is a Core Component of Rehabilitation

True rehabilitation after addiction will restore a person’s sense of personal responsibility and a desire to help others. Families watch for this change as a person goes through rehab. 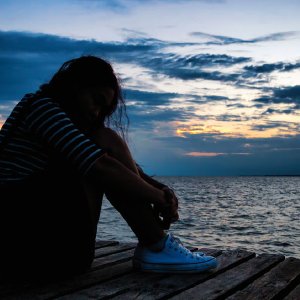 This is a success story of one of our recent graduates. She just completed the Narconon program here at Narconon South Texas and she is sharing her final win with us. “Before Narconon I was in a hole I couldn’t get out of…“ 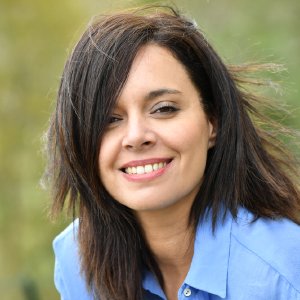