We live in a day and age where, though medicine has never been so advanced, we also face deadly diseases and pathogens that pose a great risk to our health and livelihood. Take for example hepatitis C, a sexually transmitted, blood-borne infection that was thought to be well under control. Well, new information indicates that this disease is not under control, not by a long shot.

According to the Centers for Disease Control and Prevention, the number of Americans who have hepatitis C just topped three million, a new highest ever for this disease. Hepatitis C takes a terrible toll on many areas of the body but perhaps affects the liver most extremely of them all.

Patients with hepatitis C are prone to liver disease, liver cancer, and a plethora of other chronic health conditions. To make matters even worse, a significant portion of those who have hepatitis C remain completely unaware that they have it. Very often, hepatitis C does not bring with it noticeable symptoms, so an individual could carry it and be none the wiser unless they got tested for it.

According to a new CDC report on hepatitis C, the long-term consequences of not diagnosing and treating the illness are quite serious. The CDC tabulates that more people die from hepatitis C than from HIV, simply because so many people have it who do not know that they have it. The longer they carry the disease without treating it, the greater the threat to their life.

When drug users share needles, they immediately transfer any blood-borne illnesses they have from one person to the next. A disease like hepatitis C is actually more likely to be transferred through needle sharing than it is through unprotected sex.

When people think of drug abuse, one of the mistakes they make is they only think of the negative consequences of the drug use itself. They do not remember or know that drug abuse carries with it many negative consequences that are completely misrelated from the drug itself. Hepatitis C, HIV/AIDS, car accidents, incarceration, other diseases, financial ruin, violence, theft, rape, domestic abuse, psychological trauma, etc. are all examples of extenuating circumstances thanks to drug use.

These topics, gruesome though they may be, need to be talked about. We need to get these topics out in the open, and we need to get people knowing about them. The fact that a significant percentage of hepatitis C patients do not even know that they carry the disease is quite concerning, and that needs to change.

Raising awareness of this problem through educating others, getting tested, practising safe, ethical sex, and not partaking in intravenous drug use is the only way to truly prevent and reduce this problem. For those who are addicted to drugs, getting clean from drug abuse is the first step. Drug users have the highest likelihood of spreading hepatitis C because they engage in several of the above risk factors for transmitting the illness, the two major ones being intravenous drug use and unsafe, promiscuous sex.

After working in addiction treatment for several years, Ren now travels the country, studying drug trends and writing about addiction in our society. Ren is focused on using his skill as an author and counselor to promote recovery and effective solutions to the drug crisis. Connect with Ren on LinkedIn.

We’ve all heard the stories and seen the news reports of the infallible, flesh-eating, “zombie drug” bath salts that came on the drug scene in 2010. This drug was extremely blown out of proportion by the media, making it look like the drug literally turned people into zombies. Classic media aggrandization at its finest. 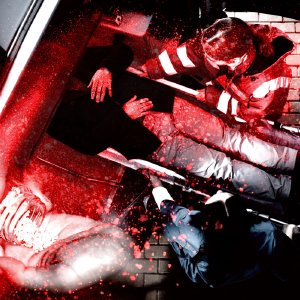